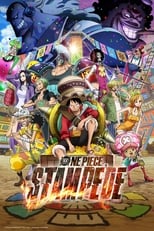 The Tale of Despereaux

The Spongebob Movie: Sponge Out Of Water

The Rescuers Down Under